Bebe BlackPosted on December 14, 2012 by Heartbeat of a Planet 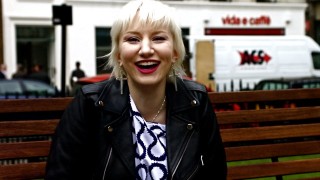 Both striking and an unknown quantity to many, Bebe Black is a London-based singer-songwriter hailing from Dorset. After quickly impressing and simultaneously signing to Columbia Records, the stylishly exciting debutant now looks set to demand attention in 2012 with her first single which is yet to be revealed. Bebe Blackis also recording her debut album that will also be released via Columbia Records, early 2013.