Evan ChristopherPosted on August 17, 2012 by Heartbeat of a Planet 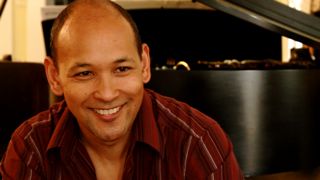 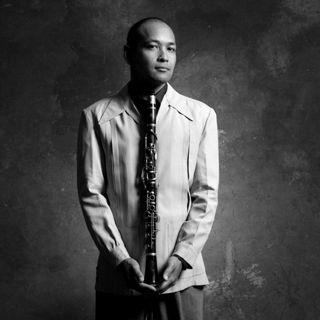 Clarinetist Evan Christopher combines virtuosity, immaculate taste, and enthusiasm with a deep commitment to exploring the full range of possibilities in the New Orleans Jazz tradition. Anchored in the musical vocabulary created by early Creole clarinetists such as Sidney Bechet, Omer Simeon, and Barney Bigard, he has created a highly personal brand of “contemporary early-jazz” that strives to extend the legacy of this unique clarinet style.

Christopher’s journey on Clarinet Road began in 1994 when he left his native California for New Orleans to be a part of the country’s most important and historic music community. He worked with musicians as stylistically diverse as Al Hirt and veterans of Preservation Hall to funk and brass bands including the Nightcrawlers and Galactic, before leaving to join the Jim Cullum Jazz Band in San Antonio, Texas in 1996. For nearly three years, he appeared nightly as their featured clarinetist and recorded several of their syndicated radio programs, Riverwalk: Live from the Landing.

Christopher returned to New Orleans to be an ambassador for the New Orleans clarinet style. Besides his own “Clarinet Road” series of CDs (STR Digital), he has recorded alongside New Orleans artists including Big Al Carson, Duke Heitger, Narvin Kimball, Uncle Lionel Battiste, and Tom McDermott. After the the Federal levees failed in the aftermath of Hurricane Katrina in August, 2005, he traveled continuously and even based himself briefly in Paris at the invitation of the French government. During this artist-residency, he formed his current groups, the JazzTraditions PROJECT and Django à la Créole . The latter, fusing Gypsy Swing with New Orleans grooves and rhythms of le monde Créole, released their debut CD, “Django à la Créole” in 2008. Their second outing, “Finesse ” (Frémeaux & Associés), was chosen for best jazz CD of 2010 in the Sunday Times, UK.

As a composer, his original songs are the high point of critically acclaimed CDs such as “Delta Bound ” (Arbors, 2007) featuring pianist Dick Hyman, “The Remembering Song ” (Arbors, 2010) featuring guitarist Bucky Pizzarelli, and the Grammy-winning New Orleans Jazz Orchestra’s “Book One.” In July 2010, he had the honor to debut his “Treat It Gentle Suite,” the first concerto written for clarinet and jazz band in the New Orleans style, with the Minnesota Orchestra.

Having returned to New Orleans in 2008, Christopher is an advocate for the cultural workforce and jazz-based music education. He taught part-time at the University of New Orleans where, for two years, he coached a “New Orleans Music Ensemble” for two years that performed with guest mentors such as Lucien Barbarin and Marcus Roberts. His weekly column for NolaVie.com discusses concerns of the New Orleans music community. He appears often with forward-looking groups such as the New Orleans Jazz Orchestra and is a charter member of jazz composer guild, NOLA ArtHouse Music.