Frank SimesPosted on December 9, 2013 by Heartbeat of a Planet 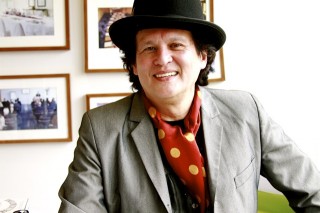 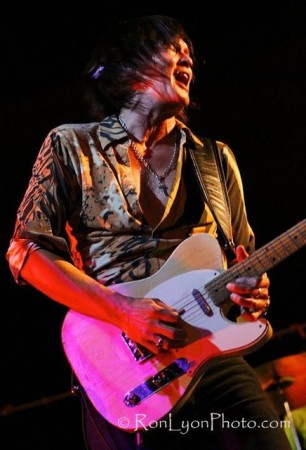 Frank Simes is a Grammy nominated and platinum record awarded guitarist, songwriter, and composer.  As musical director for The Who, Frank recently toured North America and Europe, performing Quadrophenia and headlining the 12-12-12 Concert for Sandy Relief. Frank is also the musical director and lead guitarist for Roger Daltrey, performing in Washington DC at the Winston Churchill dedication event in the Capitol building. Frank Simes is interviewed and performs in The Who’s documentary “An Amazing Journey”, and appears in the feature film “12-12-12”.

Frank recorded and performed with Mick Jagger on his Wandering Spirit album, and with Stevie Nicks on her Enchanted tour.  Simes toured extensively with Don Henley as bandleader, guitarist, and vocalist, cowrote “Workin’ It” and “Goodbye to a River” with Henley, and is featured on the Inside Job DVD. Frank also performs with Don Felder, of The Eagles, as musical director, and has also worked with Rod Stewart, Art Garfunkle, Charlotte Church, Sylvie Vartan, Engelbert Humperdinck, David Lee Roth, Warren Zevon, Roger Waters, and Martha Davis of The Motels.

Simes has composed over 1,500 pieces of music for Paramount TV and Los Angeles Post Music.  Frank also composes original guitar and piano pieces in the Modern, Baroque, and Romantic styles, some of which were recorded by the London Philharmonic Orchestra.
Finding a new passion for writing musicals, Frank Simes formed Soundlove Productions with partner Lisa Verlo, and together, they collaborated on several musicals, including “The Door”, a satire on the LA entertainment industry. Frank and Lisa also produced a children’s CD “Turner’s Treehouse”, and compose music for TV and film.