Irma ThomasPosted on April 10, 2012 by Heartbeat of a Planet 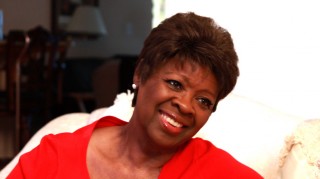 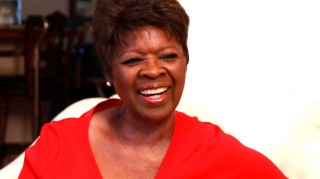 Irma Thomas is a Grammy Award winning soul and rhythm and blues singer from New Orleans. She is known as the “Soul Queen of New Orleans.”

Thomas is a contemporary of Aretha Franklin and Etta James, and thoughshe never experienced their level of commercial success, she still has a large cult following among soul aficionados. In 2007, she won the Grammy for Best Contemporary Blues Album for After the Rain, her first Grammy in an acclaimed career spanning over 50 years.

Born Irma Lee, as a teen she sang with a Baptist church choir, auditioning for Specialty Records as a 13-year old. By the age of 19 she had been married twice and had four children. Keeping her second ex-husband’s surname, she worked as a waitress in New Orleans, occasionally singing with bandleader Tommy Ridgley, who helped her land a record deal with the local Ron label. Her first single, “(You Can Have My Husband but) Don’t Mess with My Man,” was released in spring 1960, and reached number 22 on the Billboard R&B chart.

She then began recording on the Minit label, working with songwriter and producer Allen Toussaint on songs including “It’s Raining” and “Ruler of my Heart”, which was later reinterpreted by Otis Redding as “Pain In My Heart”. Imperial Records acquired Minit in 1963, and a string of successful releases followed. These included “I Wish Someone Would Care” (her biggest national hit), its B-side “Break-a-Way” (later covered by Tracey Ullman among others), “Anyone Who Knows What Love Is”, and “Time Is on My Side” (a song previously recorded by Kai Winding, and later by the Rolling Stones).

Although her first four Imperial singles all charted on Billboard’s pop chart, later releases were less successful, and, unlike her contemporaries Aretha Franklin, Gladys Knight and Dionne Warwick she never managed to cross over into mainstream commercial success. She recorded for Chess Records in 1967/68 with some success, the Otis Redding song “Good To Me” reaching the R&B chart. She then relocated to California, releasing records on various small labels, before returning to Louisiana in the early 1980s, where she opened her own club, The Lion’s Den.

After several years’ break from recording, she was signed by Rounder Records, and in 1991 earned her first-ever Grammy nomination for “Live! Simply the Best”, recorded in San Francisco. She subsequently released a number of traditional gospel albums, together with more secular recordings. The album “Sing It!” was nominated for a Grammy in 1999.

Thomas is still active as a performer, appearing annually at the New Orleans Jazz and Heritage Festival. She reigned as Queen of the Krewe du Vieux for the 1998 New Orleans Mardi Gras season. She often headlined at her own club, which is now out of business due to the effects of Hurricane Katrina. Thomas relocated to Gonzales, Louisiana, 60 miles (97 km) from New Orleans, after Hurrican Katrina, but she is now back in her home in New Orleans.

In April 2007, Irma Thomas was honored for her contributions to Louisiana music with induction into The Louisiana Music Hall of Fame.

In August 2009, a compilation album with three new songs titled The Soul Queen of New Orleans: 50th Anniversary Celebration was released from Rounder Records to commemorate Thomas’ 50th year as a recording artist.