Irwin SparkesPosted on January 25, 2012 by Heartbeat of a Planet 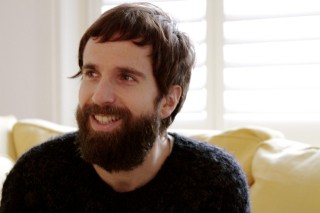 Irwin Sparkes is the lead singer and guitarist of the multi-platinum selling English pop/rock band, The Hoosiers. Sparkes is originally from Reading, England, where he met Al Sharland (The Hosiers’ drummer). In their teens, the pair won soccer scholarships to Indiana, the Hoosier state. Soccer didn’t work out, and instead they formed their band, The Hoosiers. They then returned to London, where they met bass guitarist, Martin Skarendahl. After twelve years, Sparkes and The Hoosiers got lucky. Their debut album, The Trick To Life, reached #1 in the charts and was certified 2-times platinum.

Sparkes is now taking some time before The Hoosiers third album and pursuing another interest, acting. He is also working on a new musical project with Paul Frith called The Sea & I, which records an EP at the end of February.