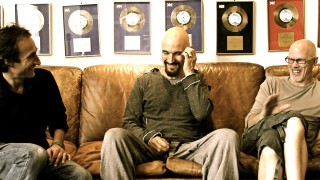 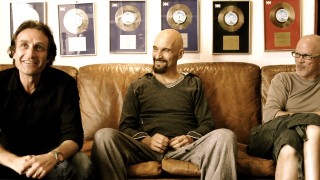 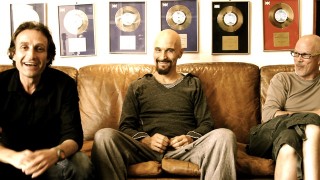 James is a British Indie rock band from Manchester, England. They formed in 1982 and were active throughout the 1980s, and reached new levels of success during the 1990s. Their hit singles include “Come Home”, “Sit Down”, and “She’s a Star” as well as their American college radio hit “Laid”. The band has sold more than 25 million albums worldwide.

On a break from recording their upcoming album, we sat down in RAK studios in London with lead singer Tim Booth, guitarist Larry Gott and violinist Saul Davies. They graced us with their collective musical knowledge, wit and wisdom.