Jean KnightPosted on April 10, 2012 by Heartbeat of a Planet 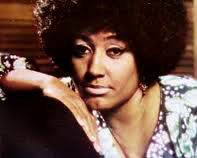 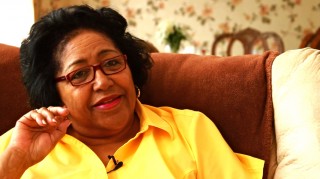 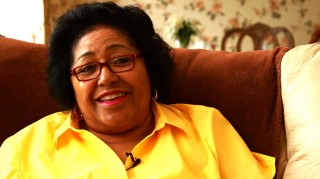 Jean Knight is a native of New Orleans, Louisiana, and was born on January 26, 1943. The impact this soulstress made with “Mr. Big Stuff,” her first recording for Stax Records, is phenomenal. The song held for five weeks at #1 on the Billboard’s R&B charts, crossed over to peak at #2 on the Pop Charts, and stayed on both charts for 16 weeks. “Mr. Big Stuff” went double platinum selling over two million records. Jean was nominated for a Grammy for the single, and found herself among the Rhythm and Blues elite, such as nominnees Diana Ross and Aretha Franklin. Jean did not take home the Grammy, but won other accolades including the title of Most Promising Female Vocalist in 1972.

From the “Mr. Big Stuff” album, Jean charted a second single, “You Think You’re Hot Stuff.” The song reached # 19 on the R&B charts and #57 on the Pop Charts. Later in 1972, Jean hit the R&B charts again with “Carry On.” Her last recording for Stax, “Do Me,” was a regional success.

Prior to recording for Stax, Ms. Knight recorded for the Houston-based Jet Stream label. Jet Stream also had Barbara Lynn and Bobby Patterson & the Mustangs on the roster at that time. Jean had a minor success with “You Better Stop Doggin’ Me Around,” a Jackie Wilson cover tune. Ms. Knight’s post-Stax years are also notable. Between tours of Europe, Africa, and Asia, Jean moved out to California, and recorded for Chelsea Records, a label owned bo Frank Sinatra’s brother-in-law. There she released “Don’t Ask Me for 24 Hours,” a song produced by Ron Carter and arranged by H.B. Barnum.

In 1980, Jean began her partnership with Isaac Bolden, who signed her to Soulin Records, a New Orleans-based production company. Her first hit with Soulin, “You Got the Papers, (But I Got The Man)” was licensed to Cotillion Records and was recorded under the name Jean Knight & Premium. Ms. Knight scored another smash hit with the single, “(Don’t Mess With) My Toot Toot.” The album led to performances on Live at the Apollo and Solid Gold, which put Jean Knight back in the national spotlight.

In the 1990’s, a funny thing happened. “Mr. Big Stuff” became a big hit for the second time! The song became a staple of over 40 compilation albums, numerous TV commercials and movie soundtracks,(recently Two Can Play That Game). Over one million additional copies of “Mr. Big Stuff” had been sold.

Riding a wave of new popularity, Ms. Knight recorded “Shaki de Boo Tee” in 1997 for Atlanta’s Ichiban Records. While the album was crafted as a vehicle for the song “Bill”, the highlight for Jean was the five songs produced by her son, Emile Commedore. Two years later, Jean and Emile produced an album titled Queen, which was released by Fomaldehyde Records.Although “Queen” contained a number of solid tunes, the album was poorly marketed and distributed. Since that experience, Jean now controls the creative, recording, and marketing phases of her music through her own label, Comstar.

On stage Jean Knight is always in control. Her performances at the New Orleans Jazz and Hertiage Festival and the Essence Music Festival are legendary. Whether by dancing, singing, or leading the audience in a hankerchief-waving romp, in concert Jean is truly a force of nature. And like all forces of nature, it is only a matter of time before Jean Knight hits again.