Jessy GreenePosted on December 9, 2013 by Heartbeat of a Planet 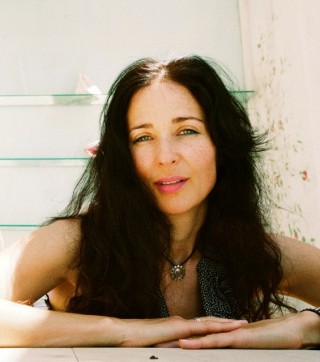 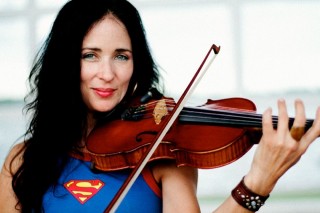 As two audio chapters of her artistic life, the solo records from Jessy Greene — Blue Sky and A Demon and Her Lovers — chronicle an ongoing journey around the country and the world as a woman whose life was likely saved by music. Jessy left her small hometown as a teenage runaway bound for L.A. and got into UCLA on the merit of her audition, graduating with a degree in ethnomusicology.
Jessy’s sweet, clear voice is a lovely and delicate instrument all alone. She is also a talented multi-instrumentalist with a beaming and
unforgettable live presence. She plays violin with ferocity and a swaying brio that has proven irresistible to indie rockers, rap fans
and even bluegrass audiences. Her solo works fuse melodic trip hop with catchy choruses and layers of strings telling the story of a girl
making it in the world.
Jessy has lived on both coasts (with a lengthy stopover in the Midwest) and now resides in Los Angeles amid international touring as
an in-demand collaborator recording, writing and performing with world class talent ranging from legendary iconoclasts to hip hop
mavericks, platinum selling arena rockers to basement dance party DJs. She has toured and recorded as a violinist, singer and cellist with such acts as the Foo Fighters, P!nk, R.Z.A., Atmosphere, Dessa, Glen Campell, The Jayhawks and Wilco to name a few. Jessy is currently finishing her 3rd solo release and just released an EP with her new band, Fauntella Crow, as well as composing and recording string sections for film – and chasing seagulls in her spare time.