JP JonesPosted on November 28, 2011 by Heartbeat of a Planet 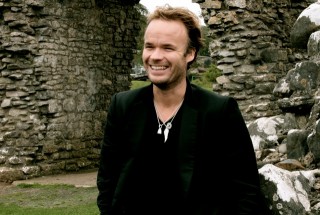 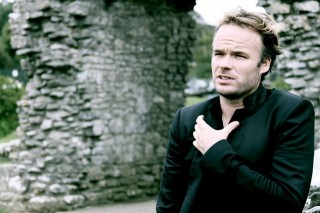 After cutting his teeth recording a critically acclaimed album with Chrissie Hynde (of The Pretenders) and fronting the UK band, Grace, JP Jones has just made his debut solo album. Now billed as Son of Jack, Jones’ album, Cariad (Welsh for ‘love’ or ‘darling’), flouts traditional indie-pop and folk-rock arrangements as he writes a love-letter home to Wales on the eve of his homecoming.

Written and recorded in a dark New York studio – far from the shores of its inspiration, Cariad is a lushly orchestrated album graced with Jones’ graveled, scratchy tenor and sweet falsetto and veteran producer Victor Van Vugt’s haunting production. His mature, sophisticated lyrics amplify every corner of each track, and remain true to an ever-present lament, longingly recalling his distant home and the recent loss of his father, Jack Jones.

Track collaborations with Chrissie Hynde and Sam Swallow contribute to Jones’ powerful sense of immediacy and almost apologetic poeticism and control. In composing a poem home to his Welsh shores, Jones has given his audience an unforgettable album.

The contemplative nature of Cariad is present in all of Jones’ artistic endeavours; also a noted artist, Jones creates ‘sound’ portraits by capturing spoken words and music using laser-projected reverberations, renowned for their originality and novel approach to the visual nature of sound.