Keiko KomakiPosted on December 14, 2012 by Heartbeat of a Planet 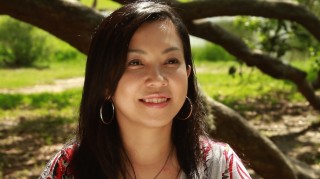 Keiko Komaki moved from her native Japan to New Orleans in 2006, without even speaking English. Her talent and love of music were a language everyone understood, however, and she quickly began performing. She has performed with many of New Orleans’ most beloved musicians including: Benny Turner Real Blues, Marva Wright & the BMWs, George Porter Jr., the Wild Magnolias, Renard Poché, Russell Batiste, Johnny Vidacovich, Ernie Vincent & the Top Notes, Vasti Jackson, and many more. Keiko also performed at WWOZ’s Piano Night 2010 at the House of Blues.