Roger DaltreyPosted on October 30, 2013 by Heartbeat of a Planet 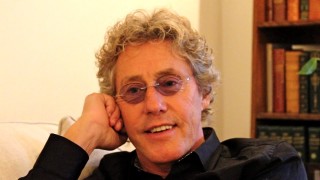 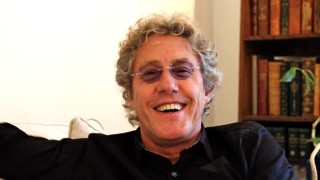 Roger Daltrey is an English singer, musician, songwriter and actor, best known as the founder and lead singer of English rock band The Who. He has maintained a musical career as a solo artist and has also worked in the film industry, acting in films, theatre and television roles and also producing films. In 2008 he was ranked on Rolling Stone magazine’s list of the 100 greatest singers of all time.
In 1976 Roger Daltrey was nominated for a Golden Globe Award for “Best Acting Debut in a Motion Picture” for his starring role in the film version of The Who’s rock opera Tommy. He also performed as a guest on the Chieftains’ recording of Irish Evening: Live at the Grand Opera House which won a Grammy Award for Best Traditional Folk Album in 1993. With The Who, Daltrey received a Grammy Lifetime Achievement Award in 2001 for outstanding artistic significance in music.
He and the rest of The Who were inducted into the Rock and Roll Hall of Fame in 1990.In 2003, Daltrey was honoured by Time magazine as a European Hero for his work with the Teenage Cancer Trust and other charities. In 2005, Daltrey received a honor from Queen Elizabeth II. He was named Commander of the Order of the British Empire for his charitable efforts.
As a member of The Who, Daltrey was inducted in 2005 into the UK Music Hall of Fame. In December 2008, he and Pete Townshend were honoured with America’s most prestigious cultural awards as recipients of the 31st annual Kennedy Center Honors in Washington, D.C. by then-President of the United States, George W. Bush. On 4 March 2009, three days after his 65th birthday, Daltrey accepted the James Joyce Award from the Literary and historical Society of University College Dublin for outstanding success in the music field.