Waddy WachtelPosted on May 22, 2013 by Heartbeat of a Planet 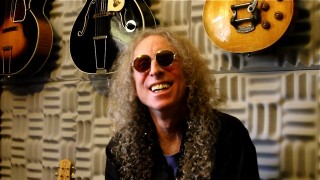 Robert “Waddy” Wachtel is an American musician, composer and record producer, most notable for his guitar work. Wachtel’s passion for music and ease of adaptation toward a variety of genres have placed him in a position as one of the most in-demand session musicians throughout his career, playing with high profile rock musicians that include Linda Rondstadt, Stevie Nicks, Keith Richards, James Taylor, Iggy Pop, Warren Zevon, Bryan Ferry, and Jackson Browne amongst others, both in the studio, and on tour.

Wachtel has composed the scores for many movies throughout his career, as well as playing various instruments for them. Some of these films include Joe Dirt, Up In Smoke, Nice Guys Sleep Alone, Alabama Love Story, The Longest Yard, The Benchwarmers, Grandma’s Boy The Last Request, Dickie Roberts: Former Child Star, Strange Wilderness, The House Bunny, and Paul Blart: Mall Cop. He has also composed and produced songs with Warren Zevon, Joe Walsh, Jackson Browne and other artists that appear in many other films. He is also featured prominently backing Linda Rondstadt in the 1978 film FM.